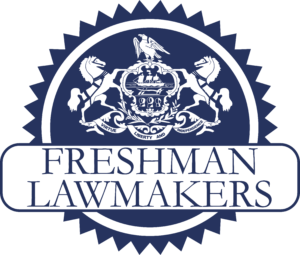 We had the opportunity to talk with these Freshman Lawmakers to learn more about them and their districts, their interest in politics, and their top priorities as they begin their first terms in public office. Watch one-on-one interviews with newly elected members following their LIVE Swearing-in Ceremony. Tune in on cable and the PCN app.
The Freshman Lawmaker interviews will be available on demand for FREE after they air.


Get to know the new faces in your district!
In alphabetical order by county & name:

See the new legislators in action :

This Week: PA highlights the most current events happening throughout the Commonwealth, breaking down the weekly run-down of top events, bills, news, and news-makers.

PCN Call-In Program is an hour-long interactive show that allows PCN viewers to speak directly with government officials, newsmakers, and other experts on current Commonwealth topics.

On The Issues is a thirty-minute, unedited, one-on-one interview program with people who influence public policy in Pennsylvania and gives a deeper understanding of topics being debated by lawmakers.

Coronavirus Impact is a FREE thirty-minute program that updates viewers on the deeper impacts of the novel Coronavirus update on various aspects of life and industries in Pennsylvania.